Skip to content
Must See Video: The 6 steps to becoming financially independent
FacebookTwitterLinkedinYoutube

When are times not uncertain? Was 2012 uniquely full of uncertain news? No. Pick any year. If you google the news from that year, you will find many major uncertainties ever year.

The reason this line resonates with people today is not actually because of news items, such as the “fiscal cliff”, US debt, European debt, or uncertainties in the Middle East. The real reason is that investors have not emotionally recovered from 2008.

In 2008, we had the largest market crash in 80 years and many investors are still holding onto the fear. Will it happen again? Hardly anyone was predicting a large crash before 2008, but of course many people have predicted one after 2008.

The problem with this line is that it is used to justify bad advice. The usual intent is that “in these uncertain times”, you should invest more conservatively than normal. This is the most common error investors make.

Investment wisdom is that you should “Buy low. Sell high.” However, most investors consistently do the opposite. They “Buy high. Sell low.”

It’s called “herd behaviour”1. After big bull markets such as 1999 and 2006, investors tend to become more aggressive and pile into investments after the big gain. Technology was popular after 1999 and resources after 2006. Let’s all go over the cliff together.

Then after major crashes, such as 2002 and 2008, investors tend to sell and invest much more conservatively. Bonds were most popular after 2002 and 2008. Let’s all sit on our hands and watch opportunity walk by.

Many studies, such as the Dalbar study2, document that the average investor makes about one third of the return of the investments they own – because they tend to buy high and sell low.

Why do investors “Buy high. Sell low”? A significant part of this is that they are encouraged to. “In these uncertain times”, you should invest more conservatively than normal. Even though this is bad advice and encouraging herd behaviour, the financial industry uses it because its main goal is not to provide good advice but to sell products. The media uses it because it resonates with people.

However, that does not change the fact that you should avoid herd behaviour. You should invest long term based on your risk tolerance and your goals. If you are going to invest differently in different parts of the market cycle, you should do the opposite of what your gut tells you. Be more cautious after big bull markets and invest more aggressively after down markets.

Where are we in the market cycle today? We are still recovering. The MSCI World index is still below its January 2007 peak and the Canadian TSX60 is still below its May 2008 peak.3 Considering that stock markets rise long term, 5 or 6 year periods with no growth are quite rare.

Avoid herd behaviour. Whenever you hear or read “in these uncertain times”, take note of what is said next. Then ignore it – or do the opposite.

Ed Rempel has helped thousands of Canadians become financially secure. He is a fee-for-service financial planner, tax  accountant, expert in many tax & investment strategies, and a popular and passionate blogger.

Ed has a unique understanding of how to be successful financially based on extensive real-life experience, having written nearly 1,000 comprehensive personal financial plans.

The “Planning with Ed” experience is about your life, not just money. Your Financial Plan is the GPS for your life.

Get your plan! Become financially secure and free to live the life you want. 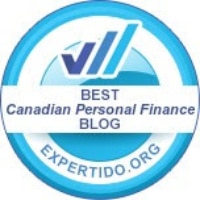 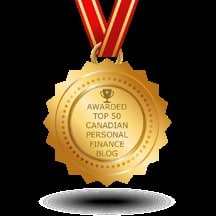 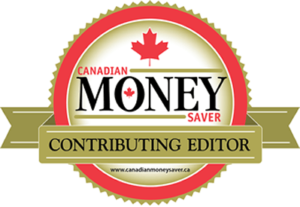 My name is Ed Rempel and I am the main Wise Guy on this site. I am a financial blogger with a ton of real life financial planning experience. I am passionate about writing and driven to share my insights.

Thanks for subscribing! Please check your email for further instructions.

Something went wrong. Please check your entries and try again.

Thanks for subscribing! Please check your email for further instructions.

Something went wrong. Please check your entries and try again.